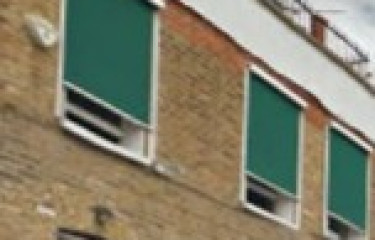 14.0pt">The house started life as commercial properly in the early part of the 20th Century and was probably converted (and extended) into domestic property in the 1930s.  It is a detached house on three floors, facing south-south-east. A previous owner modernised it in the late 1990s, installing internal wall insulation and fairly thin double glazing (as was common at the time). We’ve done more ...

We have planning permission for additional wall insulation (external) should we wish to install on the flank walls (this wall is already rendered so its appearance would not change).

Changed the boiler to a condensing boiler (with a tank)

Installed 13 photovoltaic panels on the roof. A monitor tells us with a coloured visual display whether we’re generating electricity and selling into the grid (green) or whether we drawing on the national grid (red)

We also installed two solar thermal panels on the roof.  These provided about 95% of our hot water between March and October 2012.  We also have a bit of kit which ensures that we use hot water for the washing machine from the solar-heated cylinder rather than using electricity to heat up from cold – called Alpha Mix.

Use energy efficient bulbs in most places, but are stuck with some halogen bulbs, which will be replaced with LED bulbs in due course

We have replaced all the white goods with more energy efficient equipment. We have a ceiling airer for drying clothes and no tumble dryer. Installed two water butts and a compost bin in the garden